Trustees demonstrate commitment to education by accepting responsibility for the policies and procedures of Elk Island Public Schools (EIPS). They are elected representatives who are accountable to you, the parents, and to the community members of this school division.

Individual trustee biographies are available below. 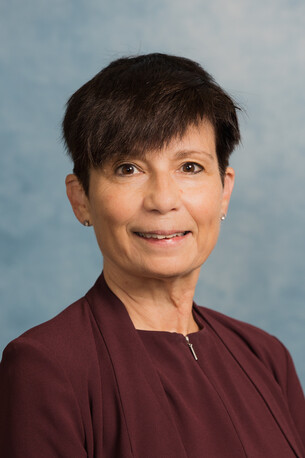 Send an email to Trustee Cathy Allen via our contact form.

Cathy Allen was elected as trustee in October 2021 and represents residents in urban Sherwood Park. She and her family have lived in Sherwood Park for 20 years, and their daughter graduated from an EIPS high school.

Over her 40-year career in EIPS, Allen served as a teacher, consultant, assistant principal and principal in various K-12 schools. At the post-secondary level, she supervised practicum students in their first and second years of student teaching. Allen is an alumna of the University of Alberta where she earned her Bachelor of Science, Bachelor of Education and Master of Education degrees.

Allen believes in public education and advocates for excellence in education. All students should have the opportunity to achieve their greatest potential.

Send an email to Board Chair Trina Boymook via our contact form.

Trina Boymook was elected an EIPS trustee in October 2013 and represents residents in urban Sherwood Park. She has served as Board Chair for the duration of her time as trustee. From June 2018 to November 2021, Boymook also served as Vice President of the Alberta School Boards Association. The role allowed her to extend her passion for education and locally elected school boards to the provincial stage by supporting the important work of the 61 boards across the province. In 1998, Boymook moved to Sherwood Park from the Maritimes with her husband and their two children—both of whom have completed their K-12 education in EIPS schools. Prior to becoming a trustee, Boymook held several leadership positions both locally and provincially including chair of EIPS’ Committee of School Councils, School Council Chair and president of the Alberta School Councils’ Association (ASCA). 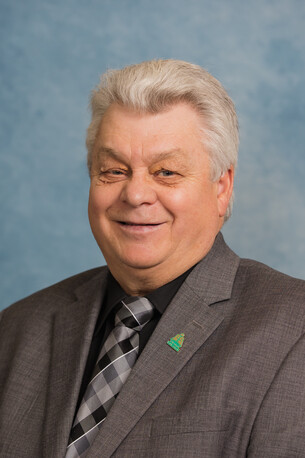 Send an email to Trustee Randy Footz via our contact form.

Randy Footz was first elected to the board in October 2017 and represents residents in Vegreville and the western portion of the County of Minburn. He was acclaimed for a second term in 2021. He lives in the Hamlet of Lavoy with his wife Jeanette, a retired teacher. They have two daughters and twin granddaughters.

Footz was a teacher in the Vegreville area for 33 years during which time he won an Excellence in Teaching Award. He spent many years coaching junior and senior high volleyball and community baseball and softball. Following his retirement from teaching, he spent 10 years in vehicle and trailer sales. Footz strongly believes students must have a full range of programs, both academic and non-academic, in order that they may meet success. In his spare time, he enjoys the outdoors, travelling and time with his family. 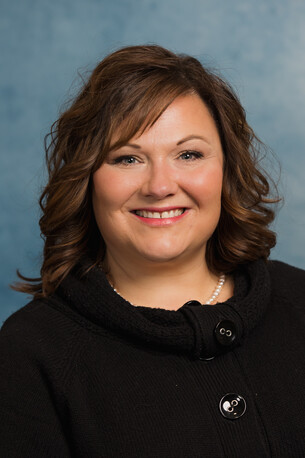 Send an email to Board Vice-Chair Colleen Holowaychuk via our contact form.

Colleen Holowaychuk was elected to the board in October 2010 and represents residents in the Lamont County Ward. She grew up in Lamont County, completed her schooling in Andrew and now lives in the town of Lamont with her husband Michael. She has three daughters, all who graduated from Lamont High. In 1992, Holowaychuk graduated from NAIT’s biological sciences program and went on to work at the Surgical Medical Research Institute at the University of Alberta. It was there she learned the importance of working as a team toward a common goal. She has always had an interest and passion for leadership and has held several leadership roles throughout her life. While a trustee, she has served as Vice-Chair of the Board, both Vice-Chair and Chair of the Alberta School Boards Association Zone 2/3 and Director of the Alberta School Boards Association.

Outside of trusteeship, Holowaychuk enjoys working in the healthcare field as a chiropractic assistant and as a Councillor for the Town of Lamont. She enjoys volunteering, camping, gardening and spending time with friends, family, their children and granddaughter. She also loves being part of the rural community, as it's part of her roots and a very important aspect of her life. Holowaychuk represents EIPS schools in Andrew, Bruderheim, Lamont and Mundare. 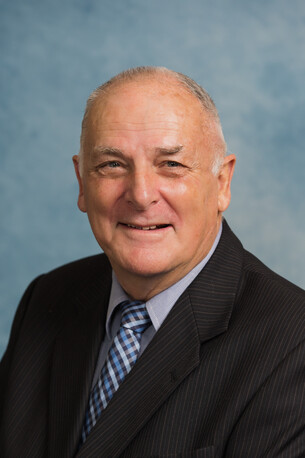 Send an email to Trustee Don Irwin via our contact form.

Don Irwin was first elected in 2017, and he and his wife Carolyn have four children and five grandchildren—one current EIPS student and three EIPS grads, two of which are taking education and engineering at the University of Alberta—Irwin and Carolyn's Alma Mater. Irwin has a Bachelor of Arts from York University in Psychology and Sociology and a Master of Science from the University of Alberta. He has employment experience in recreation administration and was a founder and principal of two K-12 schools for 21 years. Irwin was elected to City Council in Fort St. John for two terms and has served on national and provincial boards in Alberta and British Columbia before semi-retiring to follow the grandchildren back to Sherwood Park. 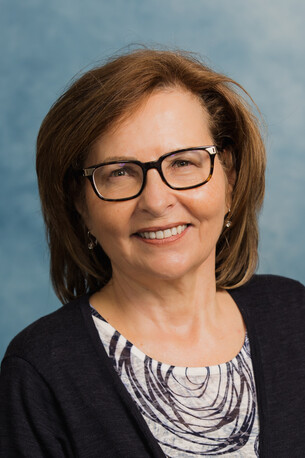 Send an email to Trustee Susan Miller via our contact form.

Susan Miller was elected to the Board in October 2021 and represents Strathcona County residents north of Wye Road. Miller, along with her husband Lee, has lived and raised her family in Strathcona County for 30 years. She enjoys spending time with her family, hiking and her flower garden.

Working as a health care aide for over 11 years has taught Miller the value of teamwork and accountability in a corporate setting. She believes children are our most precious resource, and her goal as a trustee is to work hard to ensure every child in EIPS receives the best possible educational opportunities. 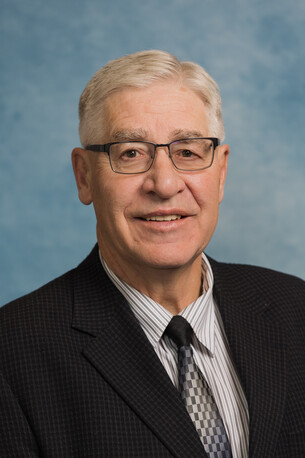 Send an email to Trustee Jim Seutter via our contact form.

Jim Seutter was elected to the board in 2013 and represents Strathcona County residents south of Wye Road. He lives with his wife, Gerri, and has three married children and nine grandchildren. Throughout his career, he's held many educational positions including principal of Strathcona Christian Academy for 30 years and a teacher and school counsellor at Clover Bar Junior High, Fultonvale Elementary Junior High and Ministik School. In 2000, he was awarded the G. Weston Outstanding Principal Award, and, in 2013, was named an Excellence In Teaching Award semifinalist. As trustee, Seutter’s goal is to put his educational experiences to work dealing with important issues in education locally and provincially, and he believes his role is to serve students. He encourages concerned residents to contact him to discuss issues.

Send an email to Trustee Jacqueline Shotbolt via our contact form.

Jacqueline Shotbolt was elected to the board in October 2021 and is grateful to represent residents in Fort Saskatchewan. She grew up in Winnipeg, Manitoba and moved to Alberta in 2005 after living abroad for five years. Shotbolt—together with her partner and elementary-age children, Gerry and Aimee—moved from Fort McMurray to Fort Saskatchewan in 2019. After a decade of working in commercial and condominium property management, she's currently working on her Bachelor of Business Administration degree from NAIT. Through her senior management role and her desire to continue to learn through education, she learned the importance of governance and working as a team.

Shotbolt enjoys time with her family, studying and working as a virtual mortgage broker outside of trusteeship. She enjoys the sound of children laughing. She looks forward to travelling again. Her goal as a trustee is to ensure every child in EIPS receives the best possible educational opportunities. 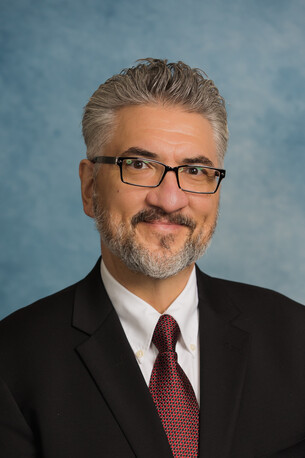 Send an email to Trustee Ralph Sorochan via our contact form.

Ralph Sorochan was elected to the board in October 2021 and serves residents in Fort Saskatchewan. Sorochan possesses a strong working knowledge of EIPS schools, processes and local communities having worked as a teacher, principal and director for 33 years. His focus is on working together with students, staff, parents and the community to achieve overall student success and create a student-centred educational experience, including strong advocacy for inclusive education and individual diversity. Having worked directly with Indigenous communities for 18 years, he's a strong supporter of First Nation, Métis and Inuit student success across Alberta.

Sorochan strives to ensure the families of Fort Saskatchewan are heard and their feedback is considered in decision making. He believes teachers are the experts on curriculum and pedagogy and respects parents as first partners, who are the experts when it comes to their children.

Sorochan and his family have lived in Fort Saskatchewan for 16 years. In his spare time, he's a musician, fisherman, woodworker, charcutier and avid reader.